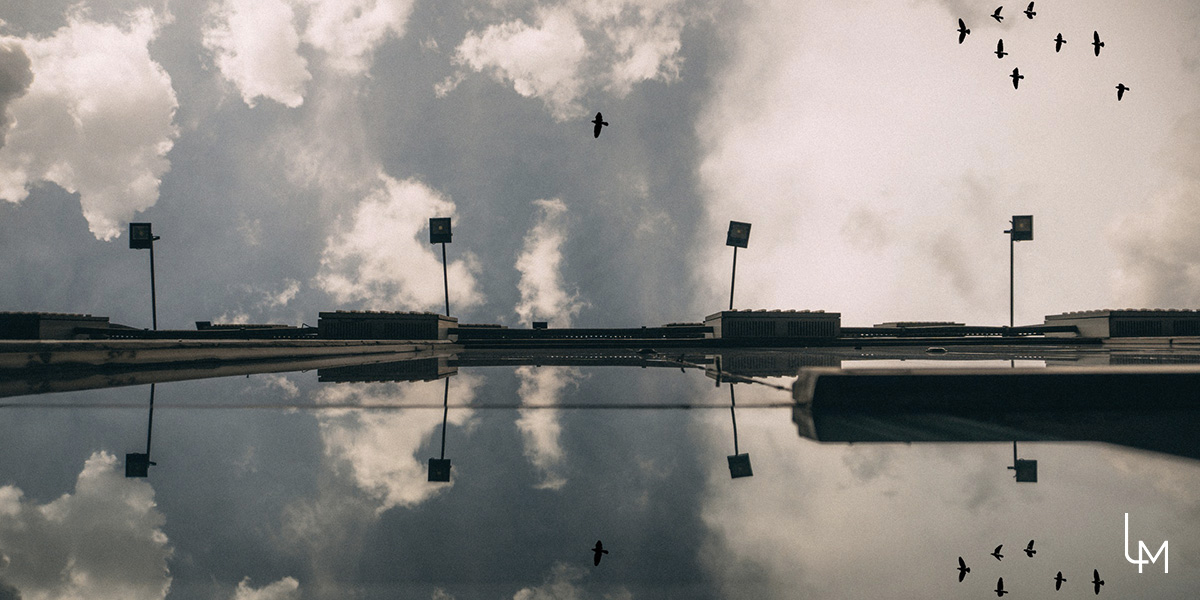 It is with great joy that I inaugurate the Encounters / Readings cycle at Le Milieu by welcoming the poetess Christiane Veschambre.

I met her with Robert and Joséphine, then some time later at the Maison de la Poésie, in writing, in a workshop we worked with high school students.
Winged, earthy and vivacious Christiane; she embarked these young people in the world of poetry, confident… they were writing.

Christiane Veschambre’s writing traces the gap of a bitter and porous silent language. The furrow of a song to be reinvented.

The evening will unfold in two parts: a time for reading passages from Écrire / un caractère, her latest work, a reading in three voices: mine, that of Christiane Veschambre, and that of the musician Sophie Agnel, a free musical counterpoint to the world of words. This will be followed by a time of discussion with the public. 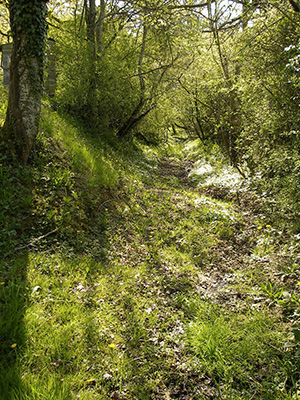 Several have been the subject of theatrical settings.

In 2018, based on excerpts from Robert & Joséphine and interviews with the author and two other women, filmmaker Emmanuel Falguières directed Nulle part avant, which won a Special Mention at the Festival Écrans documentaires.

Proses or poems, her books are not inscribed in a genre existing prior to their birth, but they construct every time their own form, born of a meditated emotion, to use Bataille’s expression about the inner experience. This meditation is the very work of writing, working with the language to the closest of what, born of the inner reality, sets the writer in motion.

Écrire / un caractère speaks of this life in common with writing, with Écrire, becoming a figure,
more exactly a character.

“After a few years of research, Sophie Agnel’s piano has steadied itself on a thread of infinite fragility. As proof, she spends most of her concerts standing, bent over the bowels of her instrument like a tightrope walker, fiddling with the strings so that it spits out every last drop of sound. One must certainly lose some preconceived notions about what it is to “play the piano” and accept that the keyboard is only an emergent part of it. It’s not all that hard and once this little effort is accomplished, the world that opens up is astonishing. The rubbing of strings, the resonances, the brushing of dampers, evoke a musical landscape where time follows a very singular course and where space is filled with incredible sounds. She has also designed an experimental electro-acoustic instrument, the “nOpianO /cordophone”, thus opening up new acoustic horizons” 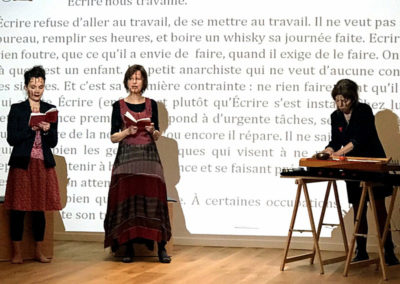 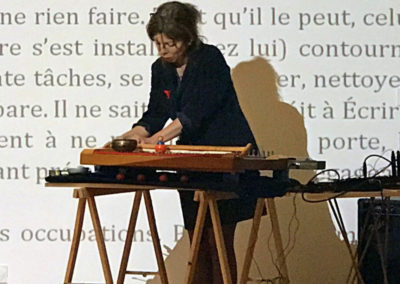 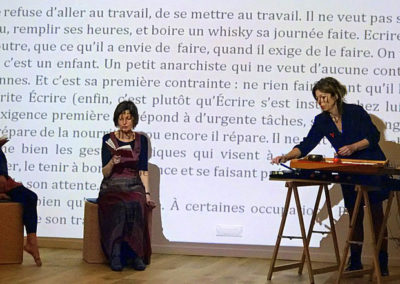 Shin, the tooth; our capacity for transformation through life experiences; Letter of the mutations of matter into spiritual energy.

Rech, our ability to walk, each day a new beginning, our face as a promise for the future …

Pe, the mouth, the word that calls and delivers, gift of self through the word…

Ayin, our ability to perceive; Readjusting ourselves daily to return to our living source…

Samekh is the support that strengthens us, guides us towards our future…

What is hidden in the depths of waters, our intimacy, our feminine to protect, a caress of the living…

The womb, the gestation, our ability to mature, our identity in motion…

The spur, the study, the dynamics of the work of the moving thought that lifts us up…

Khaf, the palm (which receives), the crucible, the receptacle; our capacity of reception .

Power of the gift, it is this giving hand, the germ of all that will bloom…

The shield, the protection. Knowing how to preserve our interior spaces without getting lost in them…

The gate, the fence.
Second test of the alphabet with Teth; knowing how to go beyond our inner barriers, to break free of clichés; a letter that asks us to initiate, to advance, to undertake, to walk.
Associated with the letter teth that follows, this gives the word fault.

The weapon, the arrow; knowing how to separate, to detach oneself; to put at a distance that which obstructs the future.

Vav is the hook, the conjunction, the link, the complementarity of pairs of opposites…

Hé the breath of life that circulates within us; learn to welcome and listen to this energy…

Daleth is the door, the poverty; accepting to open up to life’s unexpected events. First test of the alphabet that invites us to shine in our humility.

Beth is home, it’s also our interior spaces.
Beth calls to the beginning, to the wisdom of desire…

Aleph is the symbol for unity, stability, continuity, creative energy present in each of us. Aleph is also the teaching and the necessity for transmission.

To make sure you don't miss out on any of our activities and events, register and welcome!

Thank you for your subscription. See you soon!